BE IN THE KNOW ON

Expert insights. Personalized for you.

We organize all of the trending information in your field so you don't have to.
Join 117,000+ users and stay up to date on the latest articles your peers are reading.

Get the good stuff

You know about us, now we want to get to know you!

We've sent an email to . Please verify that you have received the email.

We have resent the email to

Let's get even more personalized

Are you sure you want to cancel your subscriptions?

Get the good stuff

You know about us, now we want to get to know you!

Let's get even more personalized

This site uses cookies to improve your experience. By viewing our content, you are accepting the use of cookies. To help us insure we adhere to various privacy regulations, please select your country/region of residence. If you do not select a country we will assume you are from the United States. View our privacy policy and terms of use. 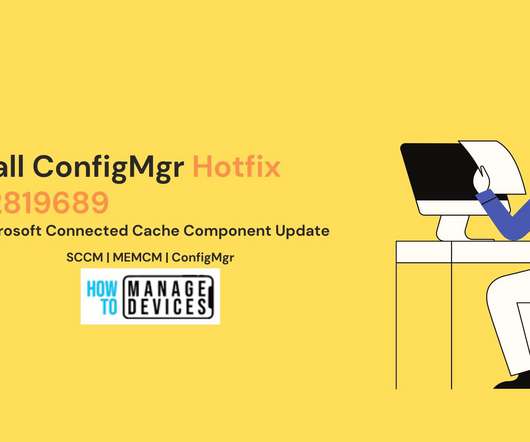 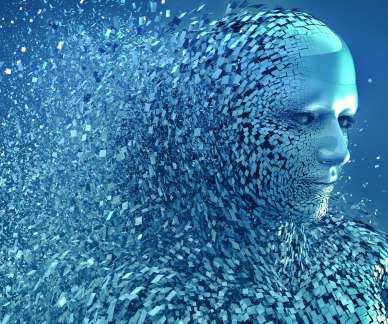 Ethics and ownership of AI-powered identities

People will soon be asked to decide how their voices, images, and AI-powered identities can be used both today and long after they're gone. Read More.

A PM’s Guide to Forging an Outcome-Driven Product Team

How to Establish and Sustain a Culture of Product Innovation 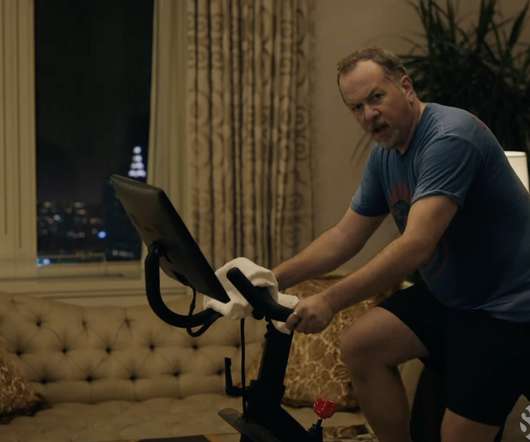 A PM’s Guide to Forging an Outcome-Driven Product Team

How to Establish and Sustain a Culture of Product Innovation 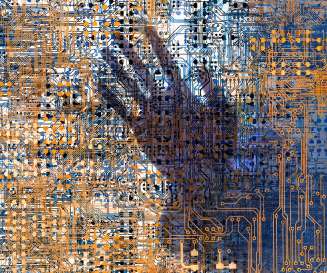 Despite what most vendors and pundits will tell you, the answer to cyber attacks isn’t simply “buy more tools.” Read More. Business Security category-/Computers & Electronics/Computer Security 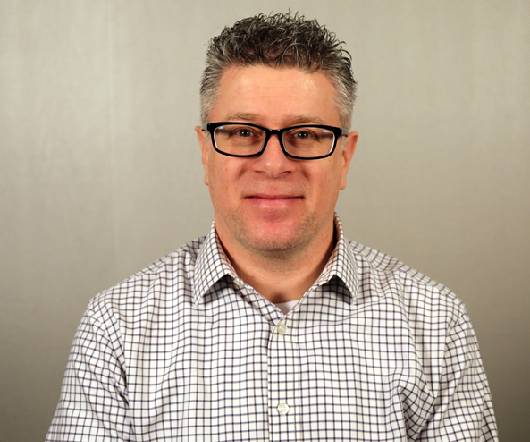 In this session, Eran Kinsbruner will cover recommended areas where artificial intelligence and machine learning can be leveraged for DevOps productivity. 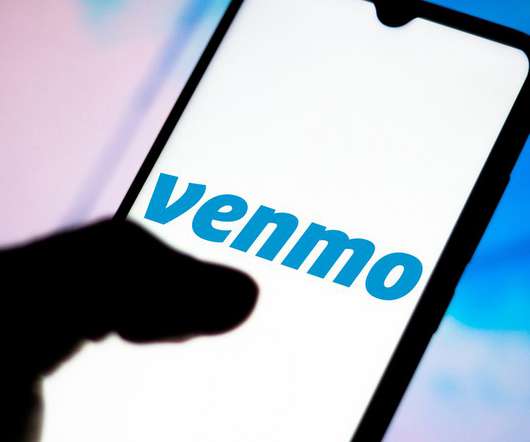 Plaid, the service used by Venmo, Acorns, Robinhood, and more, may owe you some money

Venmo is just one of the many apps that uses Plaid to link your bank account. Photo Illustration by Rafael Henrique / SOPA Images / LightRocket via Getty Images. 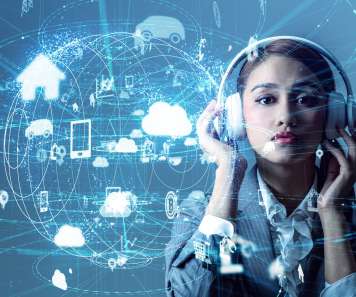 Podcasts are a great example of why contextually relevant and cookieless ads are a key component of advertising strategies. Read More. 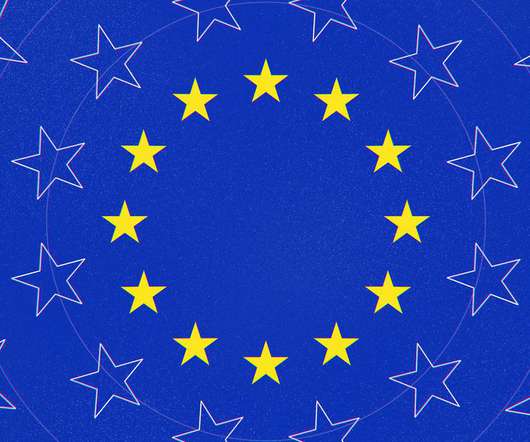 Illustration by Alex Castro / The Verge. On Thursday, the European Parliament voted to approve the initial draft of a bill that aims to curb Big Tech’s invasive advertising practices (via Bloomberg ). The Parliament adopted the draft with 530 votes of approval, 78 against, and 80 absentations.

Sign up to get articles personalized to your interests!

Information Technology Zone brings together the best content for IT professionals from the widest variety of industry thought leaders.

Illustration by Alex Castro / The Verge. On Thursday, the European Parliament voted to approve the initial draft of a bill that aims to curb Big Tech’s invasive advertising practices (via Bloomberg ). The Parliament adopted the draft with 530 votes of approval, 78 against, and 80 absentations. 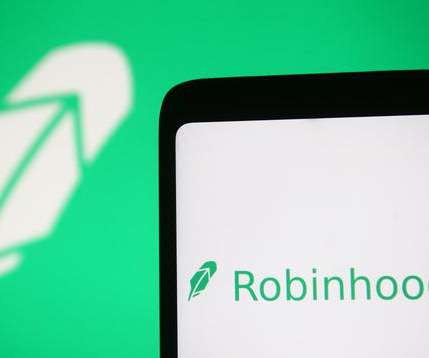 Earlier this month, users turned to Google to find out whether emails informing them of a “Plaid settlement” were legitimate or spam. They are real, and if you got one, there’s a chance you could be owed some money from the fintech company’s recent $58 million class action settlement. Read more. 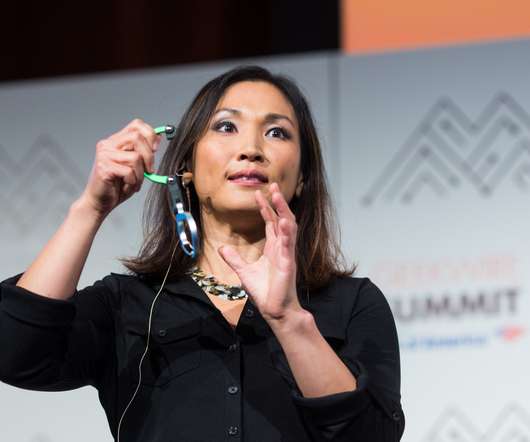 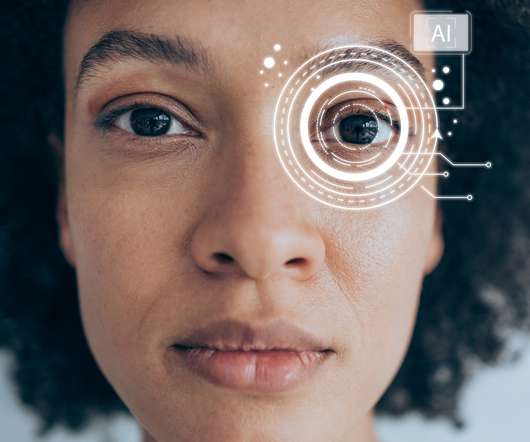 Tips for leveraging ‘The Great Resignation’ to support cybersecurity talent 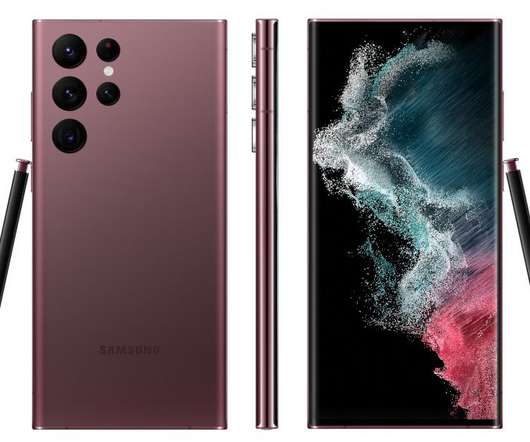 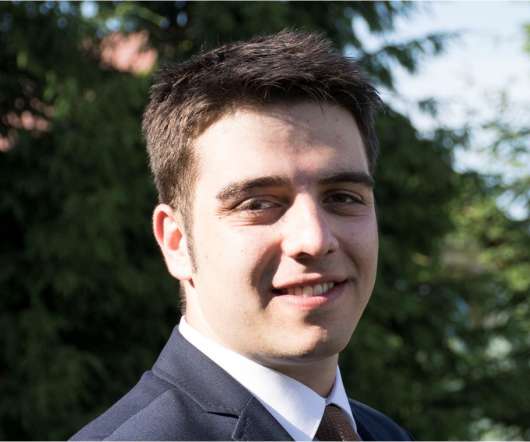 Through a detailed analysis of major attacks and their consequences, Karl Camilleri, Cloud Services Product Manager at phoenixNAP, will discuss the state of ransomware and future predictions, as well as provide best practices for attack prevention and recovery. 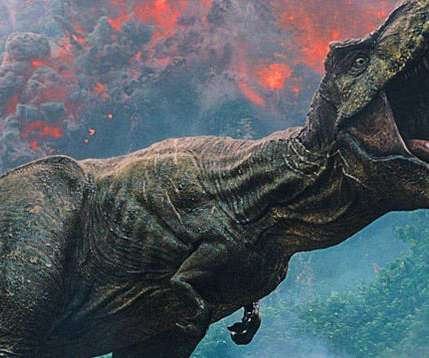 We’re still expected to receive the third Jurassic World film this summer, though it may not seem like it since actual footage for the movie has been fairly scarce since it faced a pandemic-induced delay. 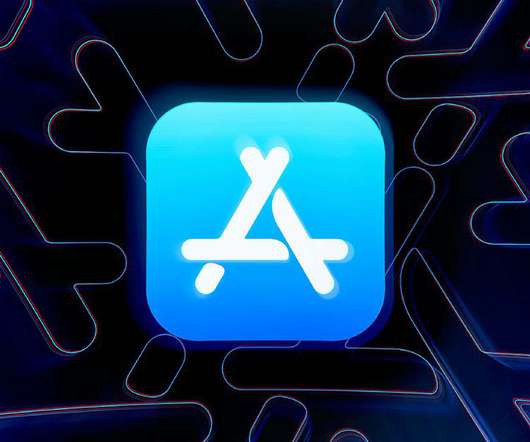 Illustration by Alex Castro / The Verge. Apple has extended its deadline requiring online group and event apps to comply with the company’s in-app purchase policy once again, as announced in a post on the company’s developer’s blog (via 9to5Mac ). 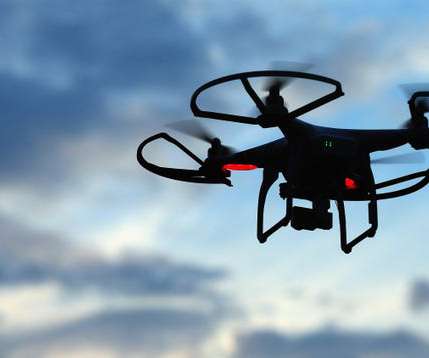 Drone hobbyists are on a government-mandated hiatus in the United Arab Emirates in the wake of last week’s deadly attack on a key oil facility outside the nation’s capital city of Abu Dhabi, the Associated Press reports. Read more. 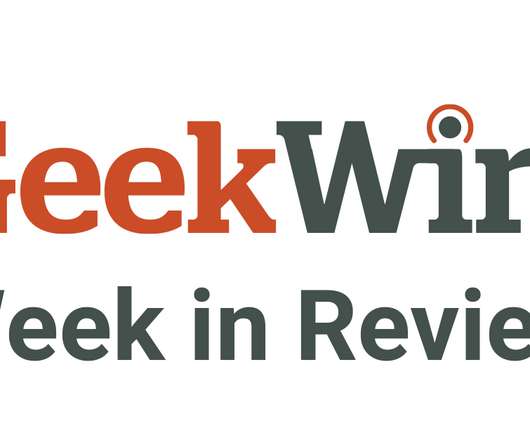 Week in Review: Most popular stories on GeekWire for the week of Jan. 16, 2022

Get caught up on the latest technology and startup news from the past week. Here are the most popular stories on GeekWire for the week of Jan. 16, 2022. Sign up to receive these updates every Sunday in your inbox by subscribing to our GeekWire Weekly email newsletter. 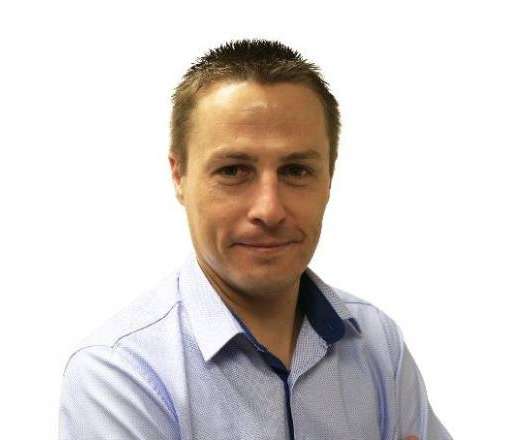 Join Nico Krüger, Senior Director of Solutions Engineering at Rollbar, for advanced insight on taking the use of DORA Metrics to greater heights. 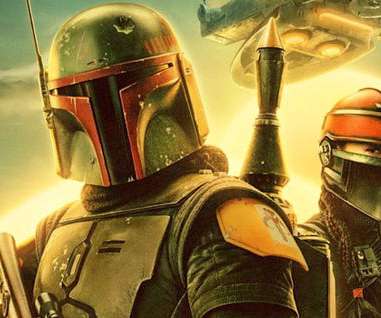 I Can't Wait for a New Age of Character Motifs

Shortly before the weekend, director Matt Reeves unveiled the full musical theme for The Batman. While it’s been heard in thunderous snippets in recent trailers , the full piece itself from the film’s composer Michael Giacchino is a blast. 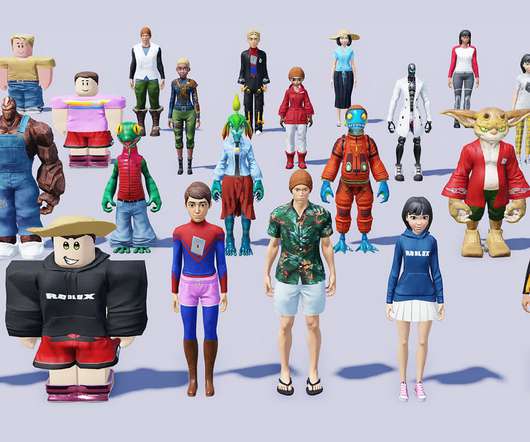 A court is banning one man from Roblox forever

Simon, better known by his YouTube handle Ruben Sim, was first banned from playing Roblox several years ago. His evasion of that ban, documented on his YouTube channel, and his public encouragement of trolling in the game, resulted in a lawsuit being filed against him by Roblox late last year 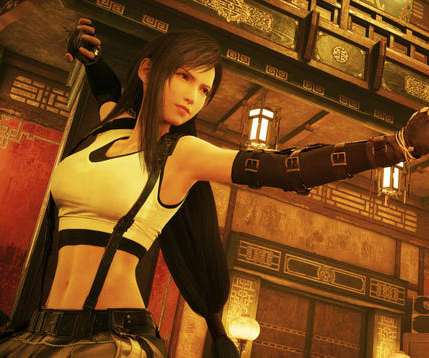 Final Fantasy VII's Tifa Lockhart Should Have Her Own Solo Adventure

Though Final Fantasy games often place the focus on lead characters with comically large swords and steely gazes, the other members of their party are nothing to shrug at. This is especially true for Final Fantasy VII and its stellar 2020 remake. 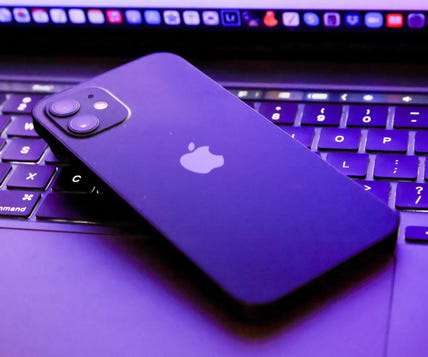 Online group and event apps for iOS won’t have to say goodbye quite yet to Apple’s pandemic-related exemptions to its in-app purchase policy. Read more. 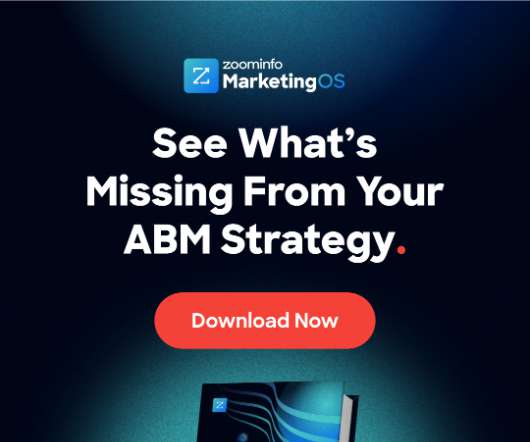 Successfully complete the five stages of ABM: define, identify, engage, convert, and connect. We’ll show you how to create a unified system with your sales team to help them land more qualified opportunities and connect with prospects like never before. 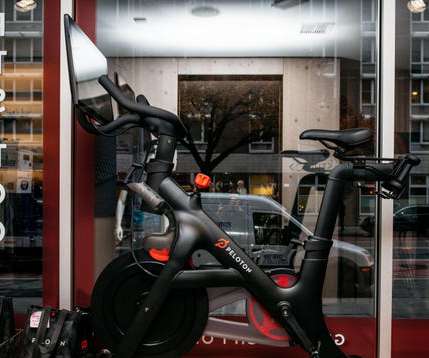 Just when you thought Peloton’s week couldn’t get any worse , the unthinkable occurred: Another character on a popular TV show got a heart attack while riding one of its bikes.

Join 117,000+ Insiders by signing up for our newsletter